The rumor mill has been going on for over a year on the fate of the Wildcat XX ever since dealers were invited to test drive pre-production models right before the Textron buyout of Arctic Cat.

Well, now it’s a done deal with pricing and specs!

Pretty much what we expected with the Yamaha sourced 3 cylinder engine that was in the pre-prod unit.  I was a bit on the fence with it since Textron already has a motor the German engine manufacturer Weber that they purchased a while back. 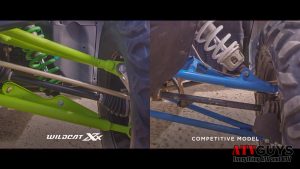 I’m surprised in the choice of shocks though.  Fox QS3?  On a premium machine?  You’re kidding right?  Well, nope, seem as they have an anti bottoming technology added to them.  I hope they aren’t as bad as the QS3 I’ve sampled on other machines.  Valving and spring rates better be spot on or…  To the aftermarket owners will flock!

They seem to have put a lot of effort in suspension with gorgeous rear trailing arms that do not affect run-out directly lifted from the trophy truck world.  Front A-Arm are unequal length to keep the front end tracking and maximum grip and double sided sheer joints instead of the usual ball-joints we see everywhere else.

This is VERY promising indeed!

Can’t wait to get my hands on one of these! 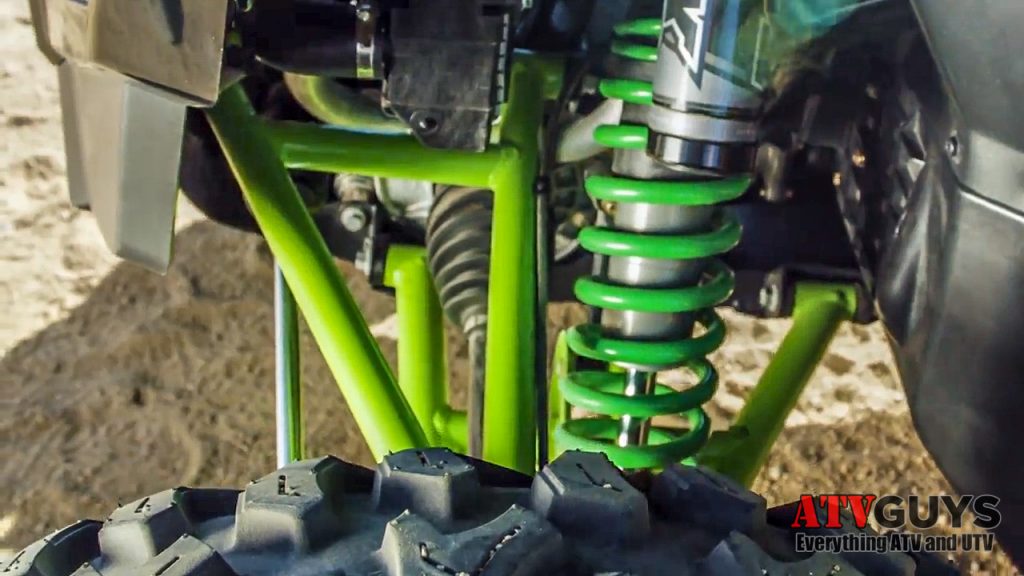 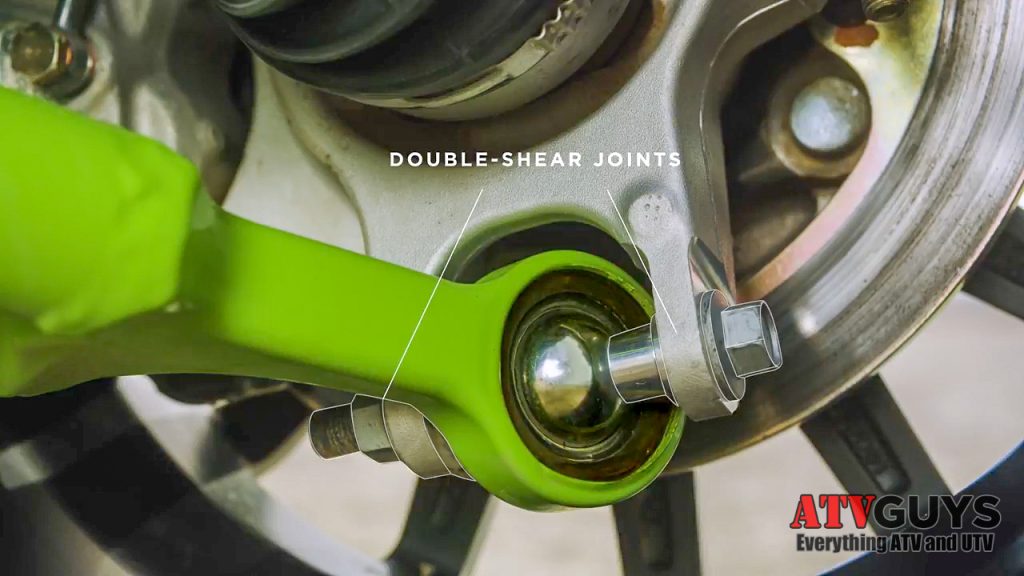 Double-Shear joints instead off ball joints. 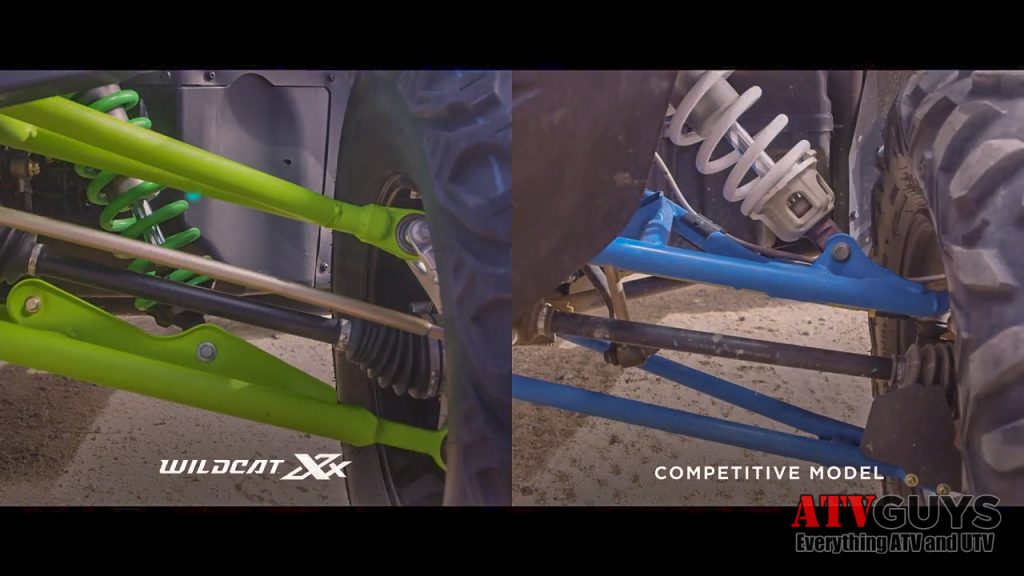 Lower shock mount instead of upper 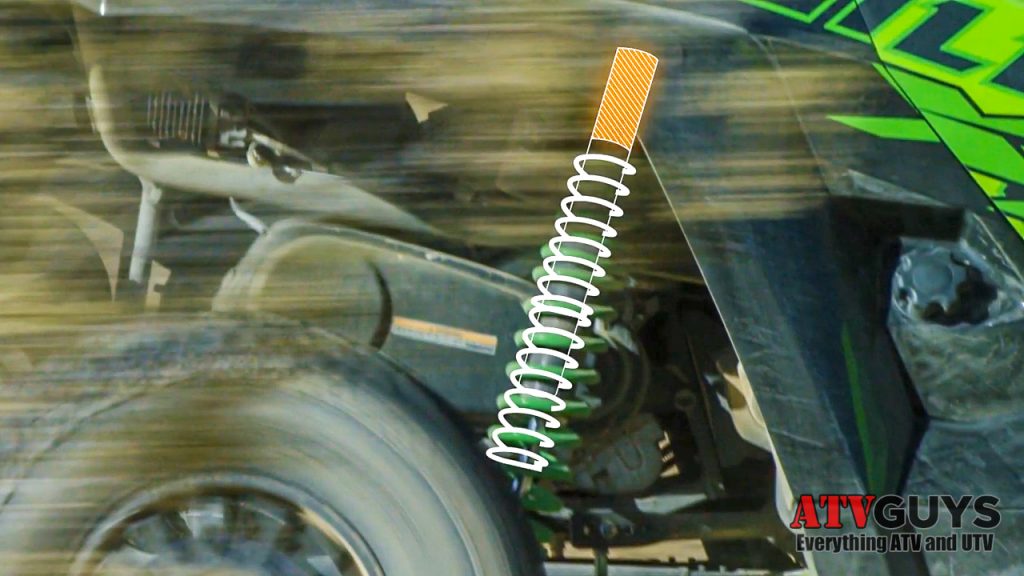 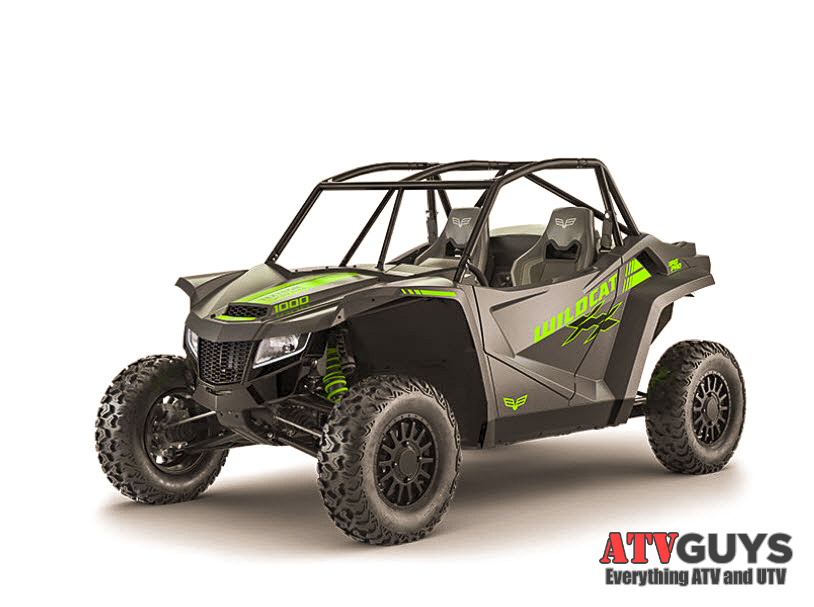