What’s up with the Canadian ATV Trail “One Pass”? 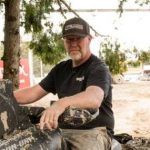 By Marc A. Quessy
Editor ATVGuys.ca

Foreword:  I’m not a politician or a council member of any federation. I’m a mechanic and a passionate ATV / UTV Guy. I make a living as an ATV blogger / vlogger. I’m a Canadian first, Quebecer second.  I speak ATV, not french or english. I don’t care witch province you come from, if you speak ATV, I’m sure we will get along.

One Pass, National Pass, Inter-Provincial Pass, whatever the name it’s given in meetings and social media, should change things for the better.

With ATVs and UTVs getting more comfortable and powerful, their owners want to ride over much longer distances than a decade ago.  The federations must adapt to reflect this reality and encourage people to ride to new destinations.  This universal pass will create growth in tourism which turns into dollars in the till for businesses that are ATV friendly.  Same thing goes for the folks south of the border.  If they can buy a pass easily with no fuss well, hello there US Dollars!

Quebec’s winter trail network is the largest in the world.  With 24 000 km of groomed winter trails that allows access to the four corners of the province, it’s a winter wonderland for ATVers that come from neighbouring provinces where winter riding is still in its infancy (But growing).

But, what about the agreement between Quebec and New Brunswick Federations?

It’s a money issue, nothing else.  Trail grooming is extremely expensive.  Most clubs must pay for qualified machinery operators now days.  There are simply not enough volunteers that are qualified to operate the groomers.  So, the money is flying everywhere faster than it’s coming in.  An ATV Club is a non-profit organisation that cannot operate at a deficit for an extended period.  That’s where the problem is.

For example, added traffic from a reciprocal agreement that has 9 out of 10 ATVers coming into Quebec’s trail system to the one going into the other is overloading the bordering clubs capacity to maintain their local trail system. We are talking hundreds of ATVers in prime winter riding time.  That WILL wreck trails faster than a politician can dance around a question he doesn’t want to answer.

The solution: The One Pass! 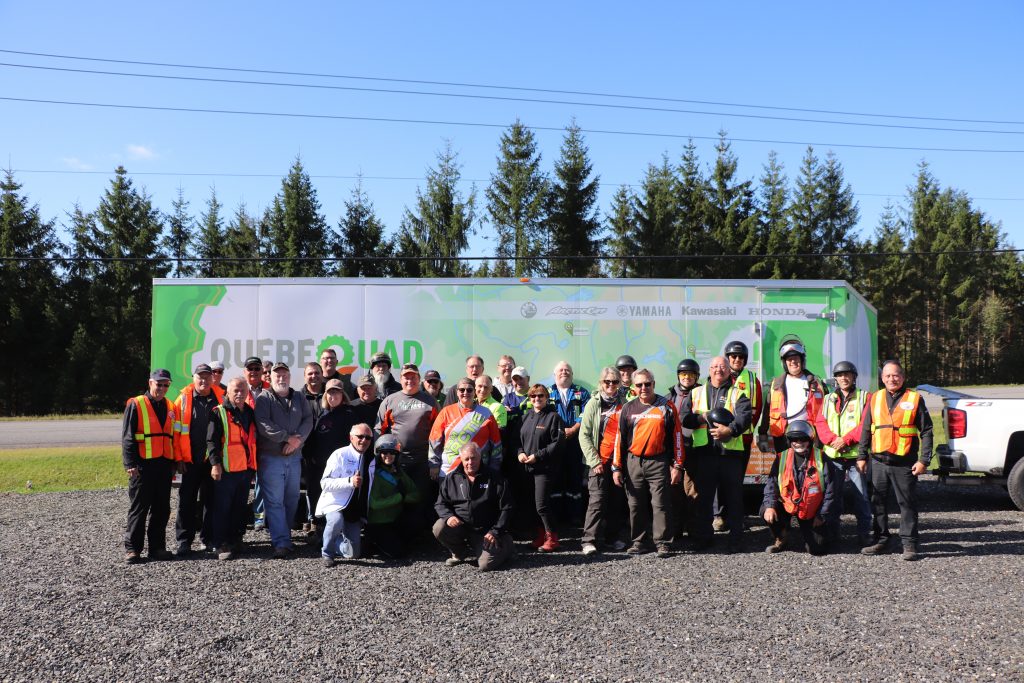 Last September, I attended the CQC’s (Canadian Quad Council ) annual meeting that took place in Thetford Mines Quebec where all the heads of Canadian ATVing met to discuss the ins and outs of promoting ATVing in Canada. The most important topic that I wanted more info on was the One Pass. 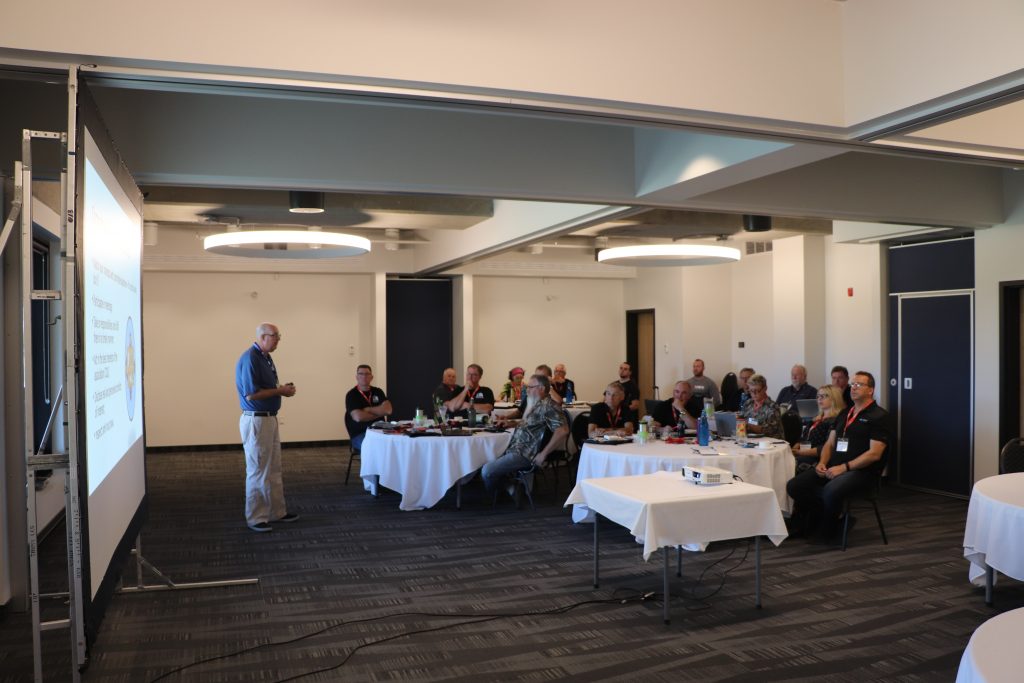 What is the One Pass?

In a nutshell, the ATVer pays an extra fee to be able to ride in another province with all the same privileges that the local pass holders have.  At the meeting, pretty much all the Maritime provinces, Ontario and Quebec agreed to start a program that should spread to all of Canada when the Western provinces get federated trail systems with passes sold to users.

But let’s get back to the point.

One pass as it stands now is 100$ extra to pay from your regular trail pass.  The money is split between the purchaser’s local federation, the Quebec federation and the Canadian Quad council.  It is subject to change when more federations join in. That money is then sent to the bordering clubs as an extra to offset the influx of out of province ATVers.

At the time of writing this article, the Quebec (FQCQ) and Ontario Federation (OFATV) have finalized the deal and it’s a go!  So, we get to go to the growing Ontario trail system and into Quebec’s huge trail network with a little sticker and paperwork in our pockets!  Isn’t that just great?

What about New Brunswick? 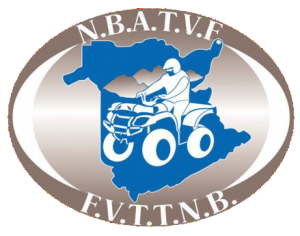 I met the Quebec Federation General Manager, M. Danny Gagnon and found out that the New Brunswick Federation has pulled out of the deal for 2020 stating that, as per M. Gagnon, they will consider joining One Pass in 2021.  My hopes of unity between provincial federations in 2020 have fallen through.  Oh well, let’s hope for 2021 then!  Better late than never eh?

But there is one problem

Now that the reciprocal agreement between New-Brunswick and Quebec is terminated, what will happen?  “The New-Brunswick ATVers will have to pay the full price of a Quebec winter trail pass to access the Quebec trail system starting this winter season” said Danny Gagnon.  That’s 300$ folks!

“Out of province ATVers will be subject to the same penalties as Quebec residents that use the federated trail system without a pass”. Under art. 33 or in extreme cases art 55 from Quebec’s offroad law with fines ranging from 150$ to 450$ plus fees and the obligation to purchase a trail pass on the spot (300$) plus a surcharge of 100$ if they want to continue their way.  Otherwise, they will be escorted out of the trail system and will have to pickup their ATV / UTV with their trailer.  Get caught again and the fines could be doubled.  Outch!

Can we have unity please and thank you? 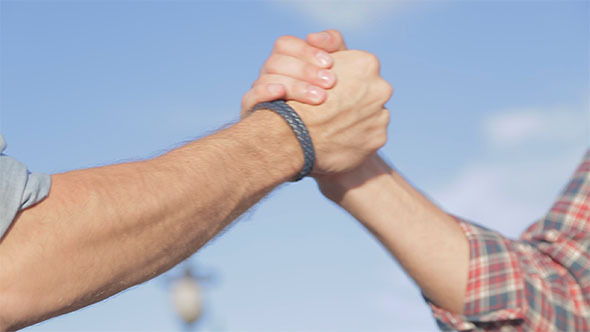 That’s how things will be until the NB federation joins the national pass system.  If they get onboard, Nova Scotia and P.E.I. will certainly join the program.  Then, let the inter provincial fun begin!

For now, the Ontario and Quebec federations are putting the final touches on the initial inter provincial pass and would like to welcome riders from both sides of their respective borders starting this winter.

I for one will ride the Ontario winter trails this winter, enjoy new scenery and experience what the OFATV’s clubs have been working so hard to setup in reaction to the new ATV laws in Ontario!  YAY!

More on this soon!

On The Prowl, The story of champion ATV rider Landon Wolfe