Glued to my computer’s screen, that’s where my eyes were at noon october 7th waiting eagerly for Kawasaki to “unleash the beast” if you’ll pardon the cheesy expression. 2 ½ years ago, I was made aware that Kawi was finally going to give us a UTV with some real hi-performance creds.

Don’t get me wrong, I like the Teryx 800’s but. the annoying speed limiter and bus like handling just can’t cut it when you like to go fast.

This is the day I’ve been waiting for from the bad boys of motorcycling. I never understood why Kawasaki waited sooooo loooong to get into the super sport UTV arena especially when we know they have the know how and the b*lls to do it.

I decided to wait a little and get some sound info and let it sink in before writing this.  So without further delay: 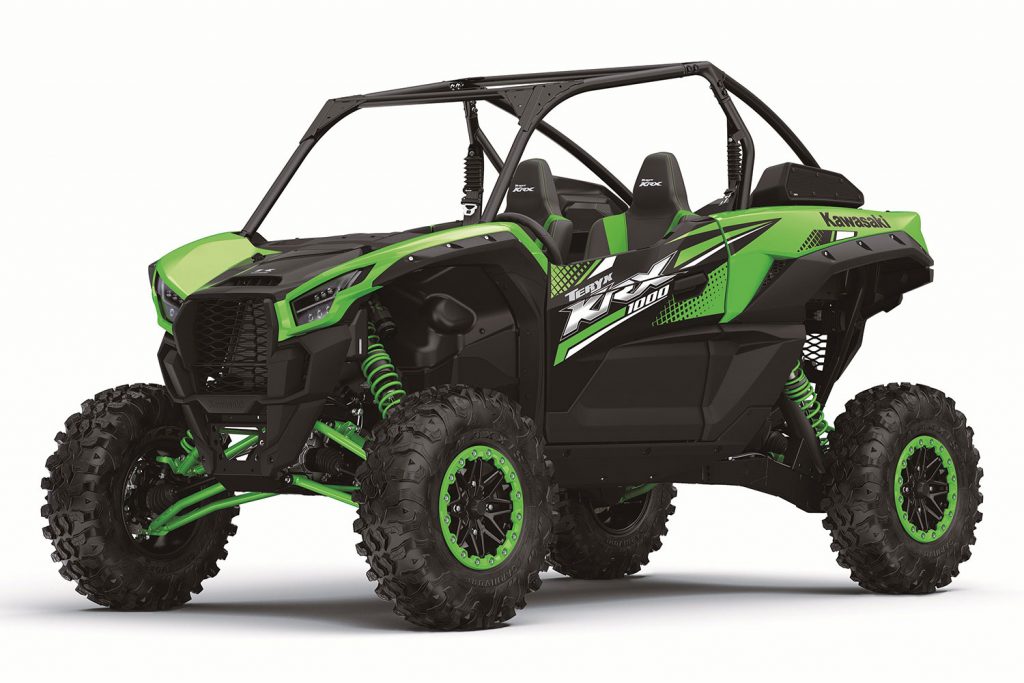 You probably saw the crappy spy pictures that were leaked on social media last week and if you did, you probably were a little disappointed like I was at first. The pics were not very good, that’s all I’ll say on the subject.

OK, I changed my mind, the thing is gorgeous inside and out!

So, what’s new? Well, everything, it’s a real honest to God built from the ground up machines and Kawi did a great job on the looks but, we will get into that later.

NEXT What makes it tick?

ATVGUYS.ca 2019 best of the best awards.