After a few years of speculations Kawasaki has released a teaser video on Youtube and an launch date:  October 7th 2019!  Yes! Finally the bad boys of their motorcycling R&D have woken up in the UTV dept. and decided to move, er… shake things, er…, sweep the cobwebs and have at it! 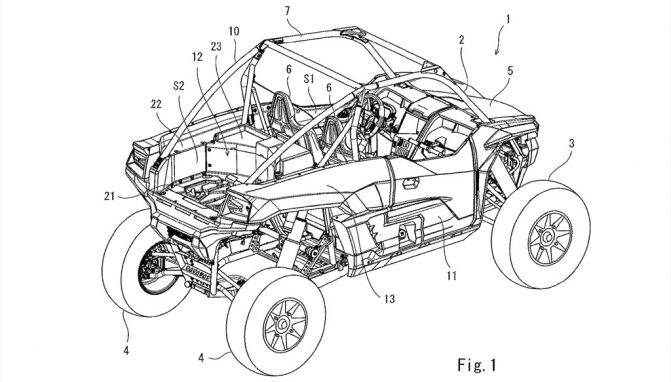 This teaser is like, REAL short but we get it!  They are going to play this teaser game right up until next october so stay tuned to their channel or right here as soon as we have info. 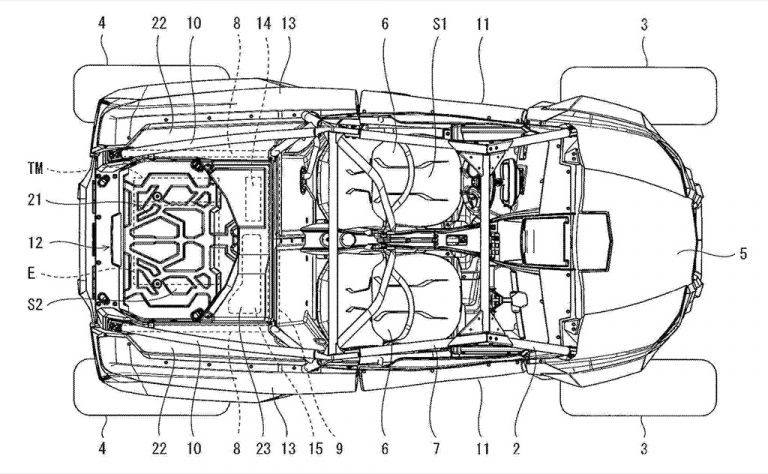 All this is very interesting and we’ve already speculated where we think this unit is going to be but, you know how that goes.  Even with the soundtrack from the video we can assume a rather aggressive tune right off the bat but…  Did we really hear the right sounds?  To me it sounds a LOT like a parallel twin. 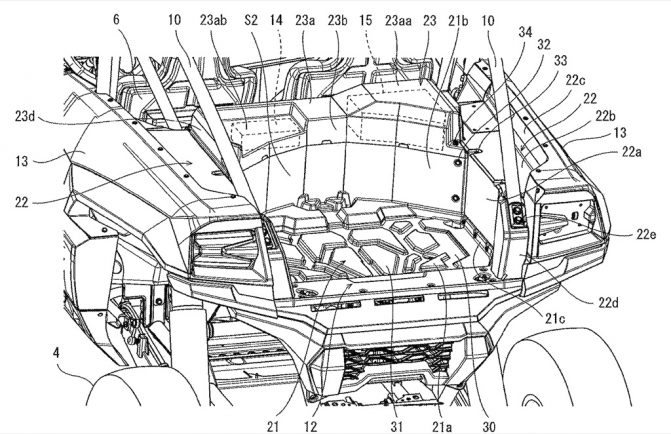 In the pictures above, that big ‘ole empty space in the rear frame is where we think that new engine is going to be nestled into and mated to a dry CVT transmission with low and high gears.  Notice on the last picture the removable bottom (we think) for aesy access to the engine for maintenance.  Behind the seats is the airbox area that confirms a rear mounted engine.  Also you can clearly see the suspension setup with  longitudinal swingarms and dual radius rods making it a conventional high travel rate sport suspension much like the X3 or RzR XP series.

That’s pretty much what we got so far and as much as we are willing to speculate for the time being.

If this thing looks as good as it seems and has the power to compete with the normally aspirated competition, we are in for some serious fun with the KRX!

As soon as we get more news we will post something!