It’s been a while since CFMOTO released a new platform, both the ZForce and UForce are from 2014 and have been updated steadily over the last 5 years but nothing radical either.  Last year’s dealer convention was a great one with two major releases and one of them was the all new UForce 1000.

In this video, Marc review’s in detail what makes this utility UTV stand out from the rest of the asian manufacturer’s models.

What do you think about the new UForce 1000?  Comment below!

Many thanks to our friends at: 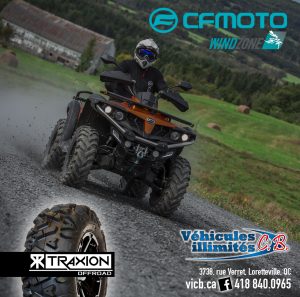